These are two different ways of achieving the same thing

Permission is from the classical school

Redecision is from the redecision school

Both of them are designed to alter the injunctions in the life script. 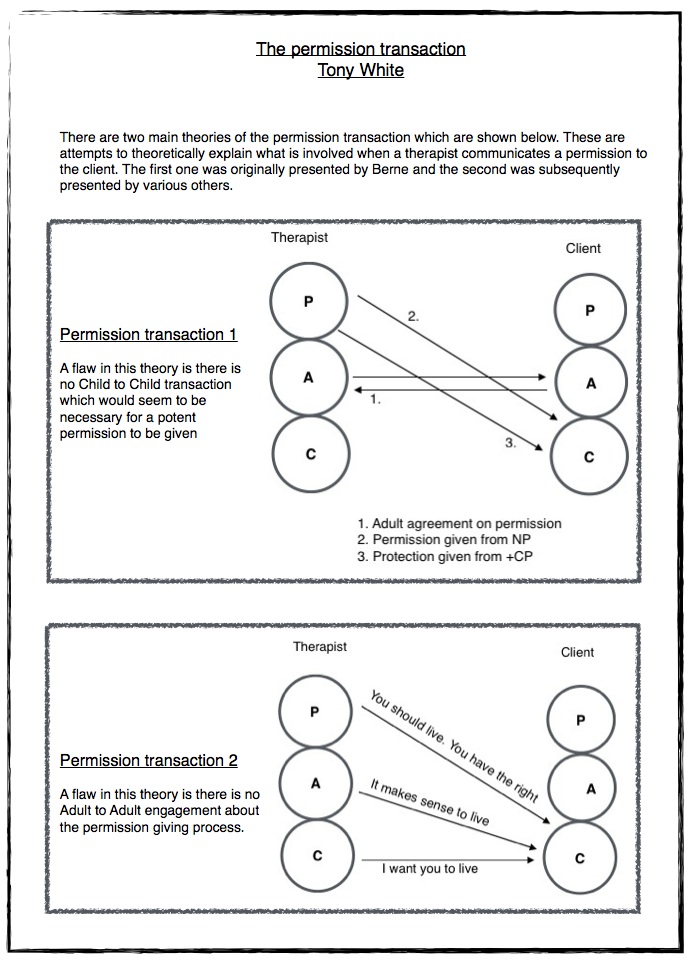 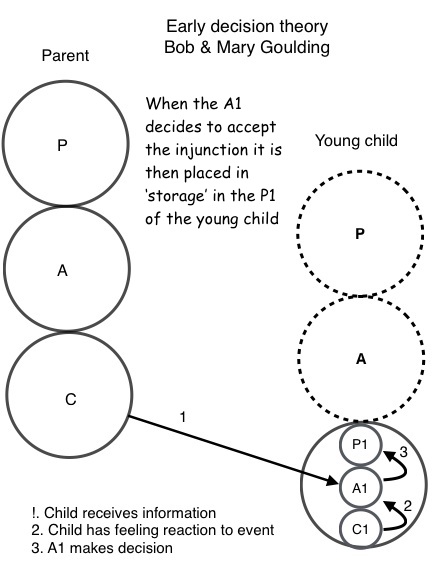 If the A1 makes the redecision then the original injunction looses all its power and effect in the personality and again the person will begin the think, feel and behave in a way that is injunction and script free.