Identification allows for humans to have their own vicarious experiences

1. Experienced in the imagination through the feelings or actions of another

2. Experienced or realised through imaginative or sympathetic participation in the experience of another

Both of these talk of imagination and thus we could say this process works by:

Observer in their Adult ego state watches person B do something

Observer then imagines what that would feel like for them, or what their experience of that action would be 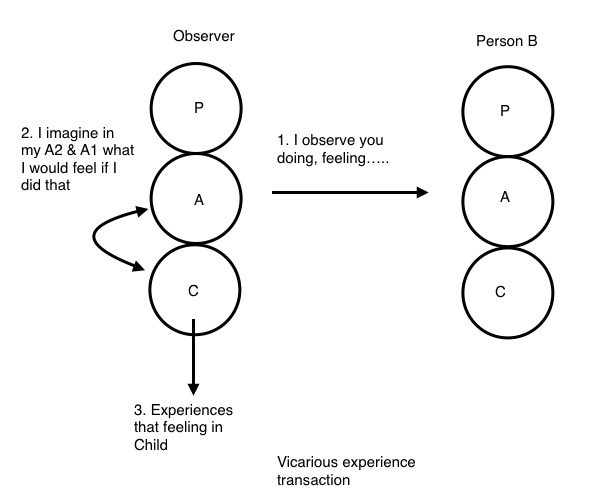 This can be seen as distinguished from empathy where the observer tries to imagine what the action or feeling would feel like for the other. Vicarious experience does not attempt to do that, instead it is simply the imagination of what the observed action would feel like for me. Empathy is not just about what I would feel but an attempt to try and understand what the other may be feeling. (A failed attempt as I have mentioned before but an attempt nonetheless).

“When something happens to the other it is also happening to me” is the magical thinking in identification. So we get a different transaction 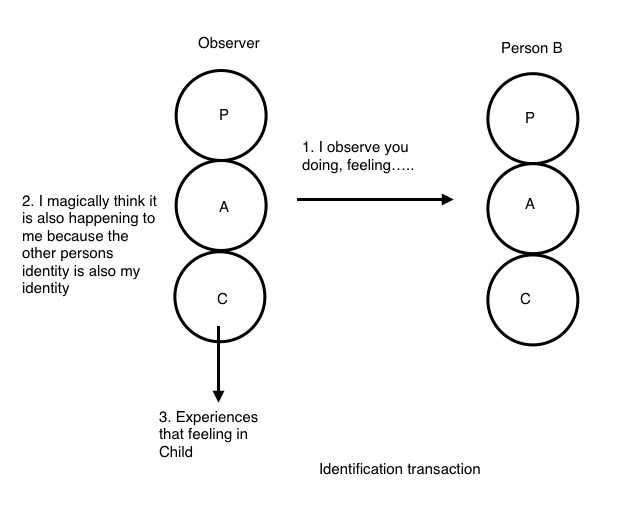 The most profound attachment or bond that a person can have is probably between a parent and a child especially a mother and child. Some degree of identification would also most certainly occur in her to the child as the attachment she has with the child is so strong.

Hence we can get the ugly parent syndrome at children’s sporting events. A father takes his son to a soccer game. The father sees the referee give a decision against the son which he feels is unfair, he gets very angry and abuses the umpire. Because of his identification with the son the father not only feels the son is mistreated by the referee but he feels he himself has also been unfairly teated. 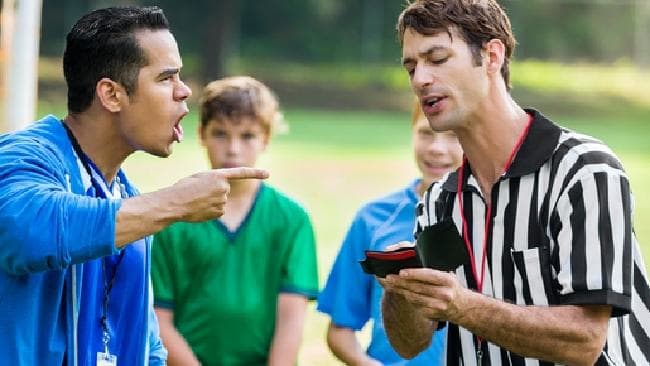 When the teenage girl shows self destructive behaviour like anorexia or problem drug use the mother can experience that behaviour either through the vicarious experience transaction or the identification transaction.