But then after halloween is over that part of us is quickly packed away again safe from our conscious.

Maybe this is a neglected area in psychotherapy Ken. It is something you rarely hear about in therapy. A person who is wanting to integrate what Freud called the  id, what Jung called the shadow and what Berne would call the unsocialised Free Child. The part of us that fits with the archetype of Lillith.

We all have this and any therapist knows that when a part of the personality remains unintegrated and ‘taboo’ that is definitely going to result in problems for the person and those around them.

“Since all individuals by nature have a shadow, what differentiates human beings is not the existence or non-existence of a shadow, but the degree to which one is conscious of their shadow.”

“One does not become enlightened by imagining figures of light, but by making the darkness conscious. The latter procedure, however, is disagreeable and therefore not popular.” (Carl Jung)

I would agree with Jung about the unpopularity based on what I have seen of psychotherapy over many years. Very few therapists will suggest such a path or treatment contract for a client. I haven’t. But I used to run a workshop a long time ago where participants were offered the opportunity to begin understanding their dark side or Lillith. To begin making their dark side conscious. But I have not run that workshop for a long time. 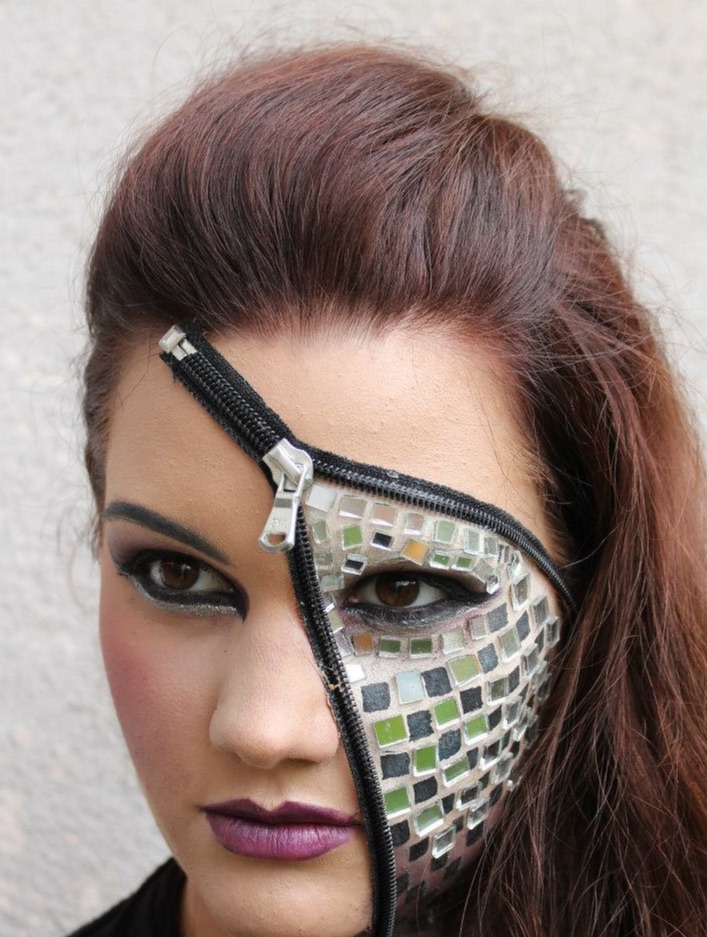 As of now however I will look at integrating awareness of the dark side into my therapy with clients. How can one do that is an interesting question. Maybe my contract for 2018.

“However, as Jung alludes to in the above quote, this is extremely difficult. Most cannot and will not admit that deep down they are not wholly virtuous, selfless, and good human beings, but instead contain selfish, destructive, amoral and immoral impulses and capacities. Most would rather deceive themselves with a blind optimism about the goodness of their nature, and according to Jung will thus remain a fragmented individual. As it is only by becoming conscious of and integrating the shadow that one achieves wholeness.”

In ego state theory we can diagram an aspect of the personality that is unintegrated as such. This is a very undesirable situation as the unintegrated part just smoulders and festers and will cause all sorts of problems for the individual and the relationship he has with others. 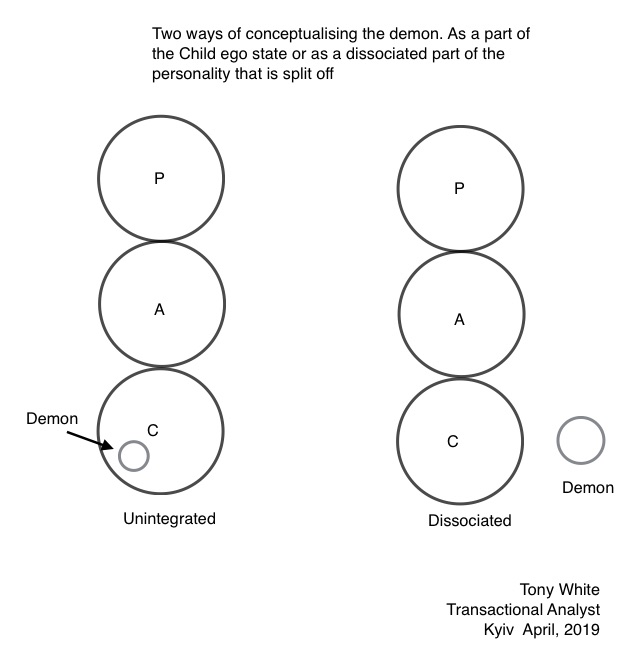 If we don’t accept our selfish, destructive and amoral urges then we have the ego state structure as shown here. The Lillith of ourselves will run wild and untamed. The more we accept these, the more we integrate them into our personality the less of a problem they will be.

Perhaps this can explain phenomena like halloween or the gothic subculture or cosplay. At halloween people are afforded the opportunity to dress and portray themselves as evil and bad. Goths are afforded the same. Socially acceptable ways to at least accept the lillith or dark side of self. But then after halloween is over that part of us is quickly packed away again safe from our conscious.